Jon Stone dons his tabi boots, grips a tanto in his teeth and slinks into the night with Jane Yeh‘s latest adventure…


Buy The Ninjas from Carcanet
posted by the Judge

It’s Sunday!! This means two things for me. Firstly, I’m going to be putting up our Sunday review. Secondly, I’m going to try and take a certain girl to the cinema, probably to see The Hobbit (which I expect I won’t like, but I like the girl, so let’s just give this thing a chance, eh?).

Regarding the review, we are dealing with the New Scottish Poets Anthology, edited by Sandra Alland. Find the review by clicking on this link. Our critic for the occasion is Harry Giles, himself a son of Scotland, whom you can see in the photo above as he meditates on the review (he doesn’t look Scottish though).

Enjoy your Sunday, enjoy the review, and I’ll try and enjoy The Hobbit.
posted by the Judge 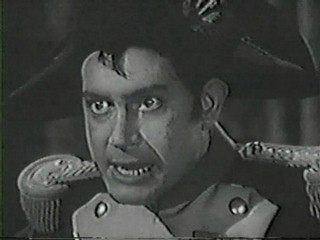 Sunday review, fellas!! And the reason Napoleon is so angry, is that this review is about Waterloo (but the one by JT Welsch, so I guess that’s ok). The review was written by Anthony Adler, who makes a happy return to our virtual pages.

Even though when I hear of Waterloo I always think about this particularly inspirational speech by a luminary of Telecom.

Have a great Sunday!
written by the Judge 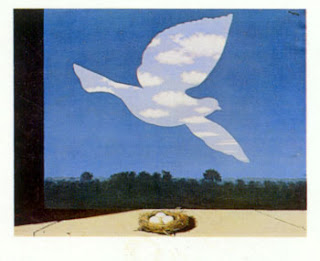 Man, I’ve been looking forward to this Sunday. Some weeks of work can take it out of you.

Finally, though, the time has come to lay back and relax with a cup of coffee and a poetry review. This week Judi Sutherland takes on no less than the winner of the 2011 Forward Prize for Best First Collection, that being Rachael Boast for her work in Sidereal. Find the review here and see what Judi thought about it.

Enjoy your Sunday – I know I will!

Like most other poetry webzines, Dr Fulminare’s Irregular Features is run on a non-profit, voluntary basis by its staff and depends on the passion of its reviewers to provide the high standards of articles it is committed to deliver. Thus, our call for writers is ongoing: if you are interested in publishing reviews or feature articles on contemporary poetry of any kind, then we want to hear from you.
Though we are not able to pay you for your writing, we are happy to provide review copies; if there are any collections you are particularly keen on reviewing, we will do our best to get you a free copy of that. What kind of writers are we looking for? A university background in the humanities is appreciated, but we are also happy to interact with thinkers from outside the academic institutions or with experience in different fields, especially if they are able to refer to their experience to provide an unorthodox or fresh perspective on poetry. Undergraduate students are welcome to apply, but should be aware that a considerable work of revision will likely be requested of their drafts, and some may be turned down altogether. Our purpose is to develop a consistent critical voice, meaning that, while we will consider pitches for one-off reviews or articles, we are mostly looking for long-term writers who are willing to embark on a project with us and become part of our regular staff. In exchange, we can offer a readership which includes many of the prominent artists, editors, critics and publishers working in British poetry today, and of course free poetry books.
We have specific standards for both our reviews and feature articles. We will be expecting a critical approach that questions rather than simply promotes the values inherent in both the poetry being analysed, and the (sub)culture of poetry in general. Our writers can expect – especially for the first few articles – a work of exchange and revision in partnership with our editor to ensure that the site’s standards are met and that its ideological mission is being respected.
If you think the Drfulminare project is something you would like to be part of, and if you believe you know your poetry, then send a line to our reviews editor at avptallarita@hotmail.com. Briefly state who you are and what you do, and attach a sample of your critical writing (either a review, a feature or an academic essay – no creative writing, please).
We’ll get back to you.
The editors.
posted by the Judge 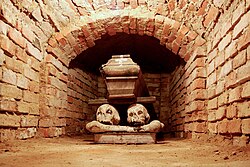 Ah, Sunday, Sunday, the day when football teams clash everywhere else in Europe, when offices stay thankfully closed, and when Dr Fulminare puts up his latest review.

This week Ian Chung is looking at Howie Good‘s collection, Cryptic Endearments, which throws in elements of journalism, linguistics and hurtful aggression. Is the cocktail successful? Find out in the review.

Have a great Sunday!