Hallo one and all!

Hope your year is going mighty well. We’ve had our heads buried trying to make sense of what has already been a packed year of Stuff.

Brace yourself. We have a lot of exciting things to pack in here.

Firstly, those of a certain age might remember back, way back in the mists of time, talk of a lost edition of the fabled Fuselit magazine. Thought by many to be a myth, Amazon has now been unearthed! Featuring exquisite poetry, artwork and prose, this hand-sewn magazine comes with its own talismanic owl amulet and a set of six postcards detailing exchanges between the director Werner Herzog, fond of his Amazon-based films, and his best friend, the erratic, arrogant actor, Klaus Kinski.

Here is Werner Herzog drinking cough syrup out of his own slipper.

Fuselit: Amazon costs £10 and comes in its own card-and-plastic display case. Also, there is a gold monkey hiding inside for you to make friends with. She is called Rolo. 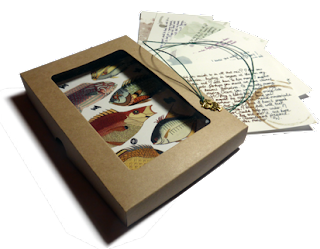 The best bit? This lovingly crafted relic is not available through Amazon! Muhaha!

OK, so onto the ACE news. That’s both ACE, as in 90s-excellent and ACE, as in Arts Council England. For many years, Jon and I resisted applying for funding, preferring to fund Sidekick ourselves from our day job. That was all well and good until we realised that me going freelance and Jon going part-time, while splendid for productivity, chafed the funds somewhat. So we took a deep breath and a jot of advice from very kind indie publishers and applied to part-fund our next five books.

This is the moment a rep from ACE came to Sidekick HQ to tell us the news:

We’re thrilled, mainly because it means we can pay contributors to these five books, many of whom have been collaborating with Sidekick for some time now. The five books we’re producing with the funding are:

Lives Beyond Us, an anthology co-curated by film scholar Seb Manley and yours truly, featuring essays and poems on animals in cinema. 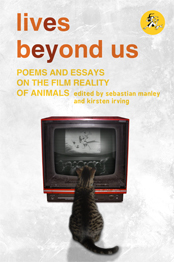 Birdbook III & IV. So exciting to know we can complete this beautiful series without compromising on production. The final two titles will feature the birds of the mountains, moorlands & heaths and saltwater species. III is so very near to completion I might just pop. 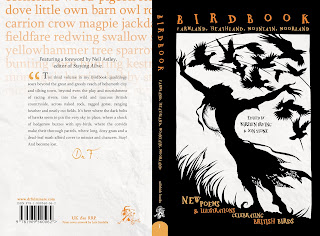 Surveyors’ Riddles, our latest Team-Up, this time between poets Giles Goodland and Alistair Noon. In Alistair’s own words, the pamphlet is “A sequence in classical enigmenga form, consisting of exactly 87 triquatrainal poems of varying types, the 39th poem being by a member of the Kim family, the 59th poem by a Russian symbolist, and the final poem being not allowed to reference the moon, the formal requirements followed faithfully and perfectly.”

You hear that? NO MOON! The perfect collection for selenophobes everywhere.

And on the Team-Up train, we’re extremely excited about the forthcoming We Go Wandering at Night and Are Consumed by Fire, a collaboration between illustrator Hetti McArthur and poet Rowyda Amin. We’re promised dark fairytales and plenty of getting lost in the woods of the imagination. More on that one later in the year.

Buuuut we got a little drunk on power.

On top of our ACE books, we are also very excited to be publishing the following titles:

Laboratorio, edited by Simon Barraclough. Following on from his residency at the Mullard Space Science Laboratory, and to complement his collection Sunspots, to be released through Penned in the Margins, Simon Barraclough presents an anthology of work written by scientists and poets on the trials and technology of space exploration, from satellites to silverfish. Contains dark matter. 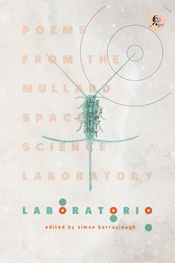 Finders Keepers, a Team-Up exploring vanishing species, devised and created by artist Sophie “Moomintastic” Gainsley and poet Harry “Big in Macedonia” Man. You can see their work so far at this frankly BEAUTIFUL site.

Over the Line, a comics-poetry anthology co-edited by comics editor and comics-poetry aficionado Chrissy Williams and comics artist Tom Humberstone, for which WE WANT YOUR SUBMISSIONS! [Note to self: do not shorten ‘comics poetry’ to an acronym.]

And we have a whoooole bundle more plans lined up for 2016.

(Is that fox still jumping up and down? Righto.)

Thanks, as ever, for your love and support. We are always grateful for it, and keen to hear what you think. Can’t wait to show you the new books!
After a long, long time under tarpaulin, attended by sinister figures in black, we unleash upon you, the public, not only a gorgeous new website, courtesy of Jon’s tireless graftery, but also Fuselit‘s 17th issue, Contraption! 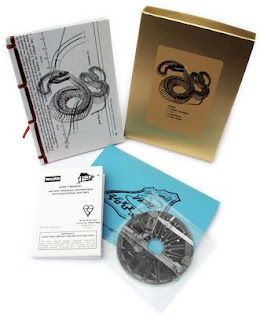 Available to read online, or as a free (or pay-what-you-want-if-you-like) download for your Kindle or e-book reader, as well as in its traditional paper/card/ribbon/unicorn toenail hand-made format, it’s a modern marvel!

Head to www.fuselit.co.uk for a closer inspection.