Dr F’s eager (read: terrified and on precarious contracts) elves have been busily Twine-ifying some of the old alchemist’s favourite poems, making them interactive and, frankly, semi-sentient for the Sidekick Play-Poem Archive. On top of this, Fulminarian minions Jon and Kirsty have provided commentaries on the poems, so now you get to see what we really think. Here’s a roundup of the most recent additions this yuletide, with extra giffitude:
Day 17
‘What if there were no clear skies?’ by Tom Kitching, from Laboratorio: Poems from the Mullard Space Science Laboratory
Day 18
‘Query at the Village Edge’ by Moniza Alvi, from Birdbook: Farmland, Heathland, Mountain & Moorland
Day 19
‘Fist of the North Star’ by Kayo Chingonyi, from Coin Opera II
Day 20
‘The Trick’ by Ian McLachlan, from Confronting the Danger of Art
Day 21
Thescelosaurus Neglectus by JT Welsch, from Hell Creek Anthology
Day 22
GLaDOS Breaks Up by Jon Stone, from Coin Opera
Day 23
Sulphur-crested cockatoo by Kirsten Irving, from Riotous
So a brief update is very much in order on our next two books, Birdbook II: Freshwater habitats and Coin Opera II. To accompany this, I’ve tried to find an image that captures both projects. 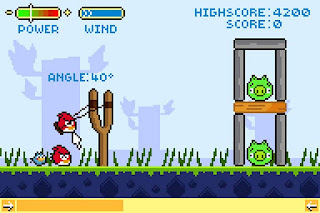