As top-tier rewards during our Kickstarter campaign to fund the printing of video games poetry anthology Coin Opera II, we offered backers the chance to have their own custom poem written on a game of their choice. In the run-up to our Seven-Player Co-op event on Thursday 6th November at Four Quarters Bar, Peckham, we’ll be revealing the finished poems, now in the hands of their wonderful backers.

This time it’s the turn of the talented Angela Cleland, who requested a poem on Grand Theft Auto: Vice City. This was huge fun for K to write, and began with Cleland’s memory of a particular song playing on the in-game car stereo: Toto’s Africa.

Here’s the physical poem Cleland received, done up as protagonist Tommy Vercetti’s prison-confiscated belongings. Well, it had to catch up with him sooner or later. 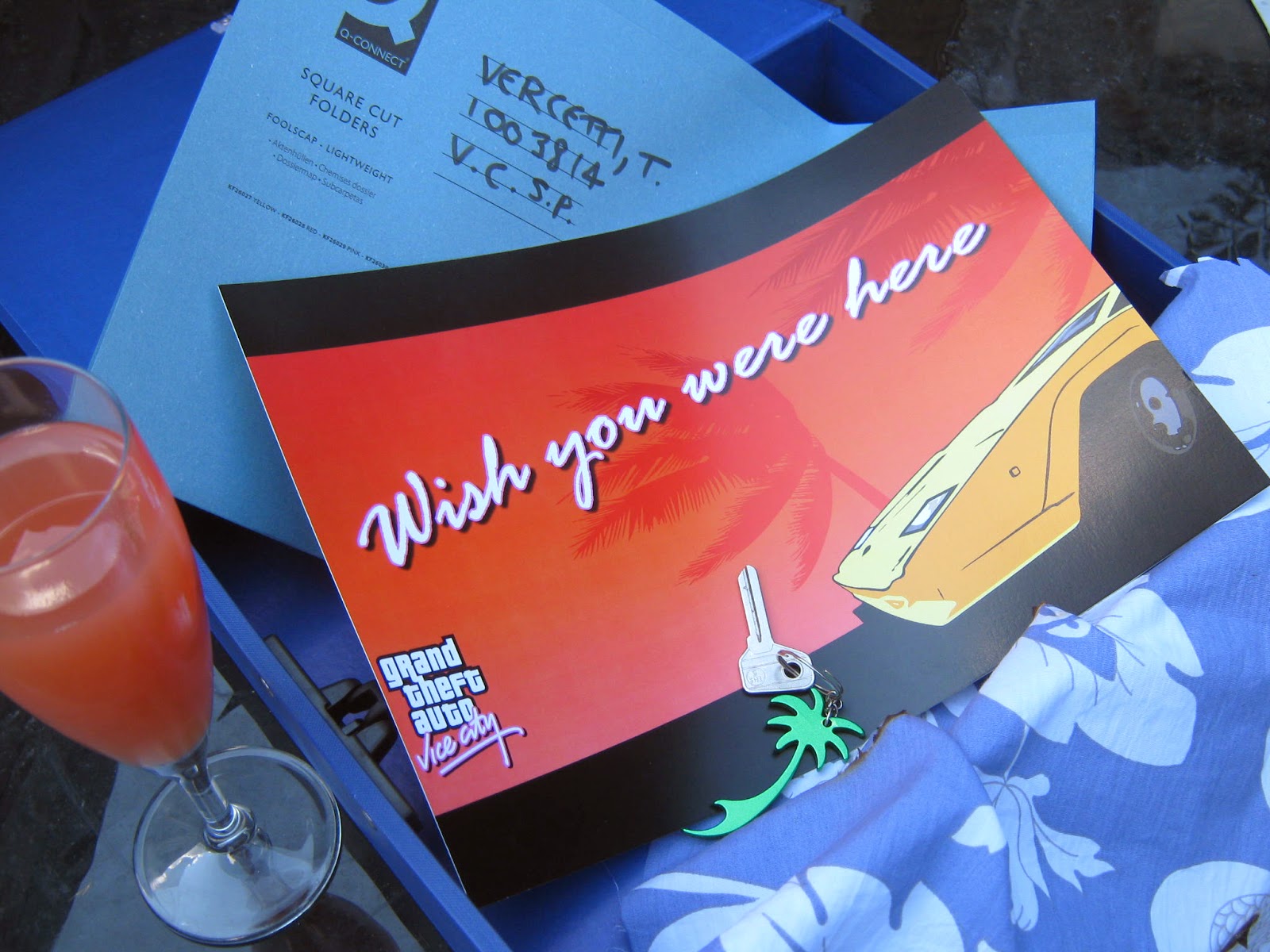 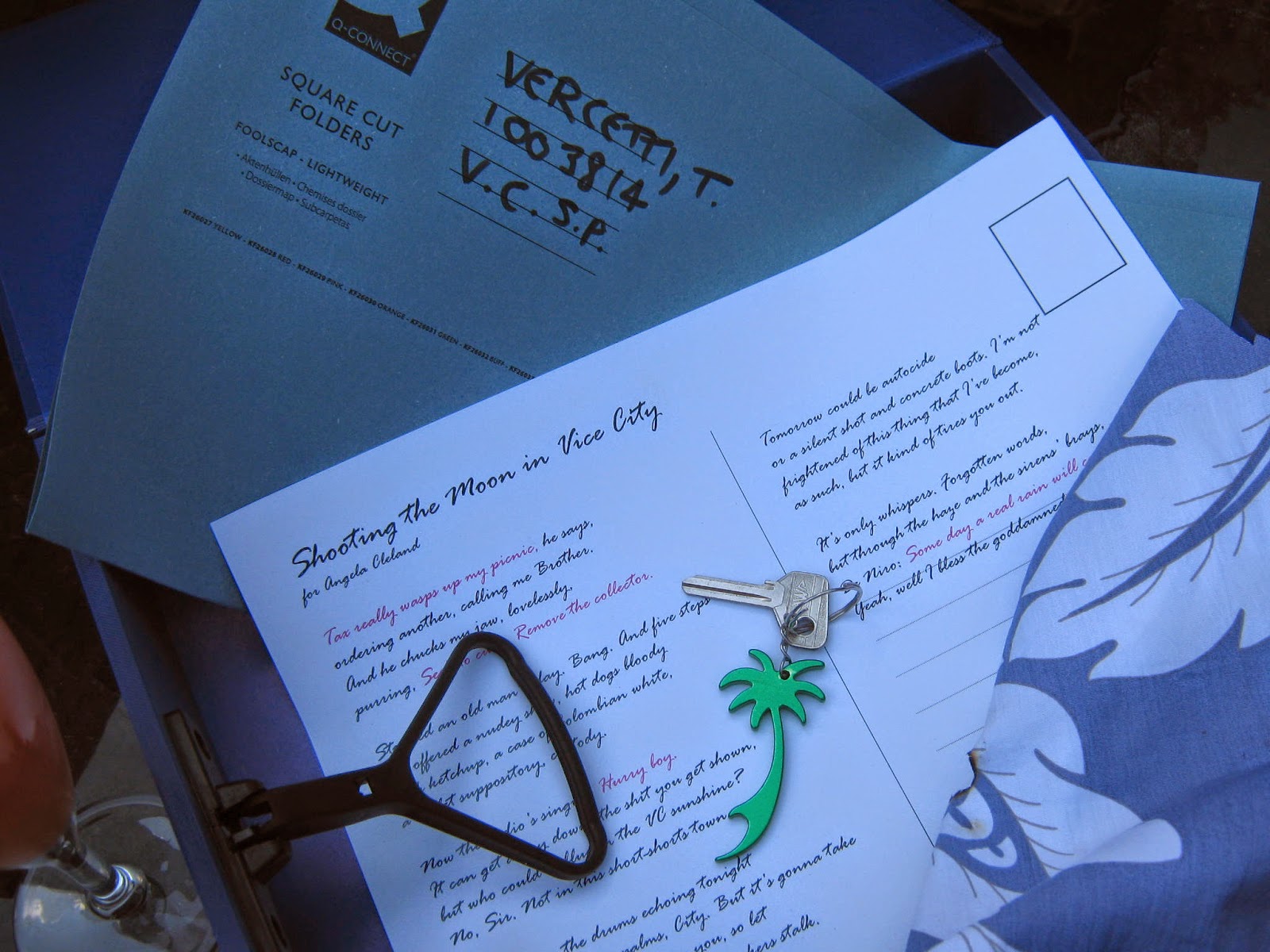 And here’s a postcard for you to read. 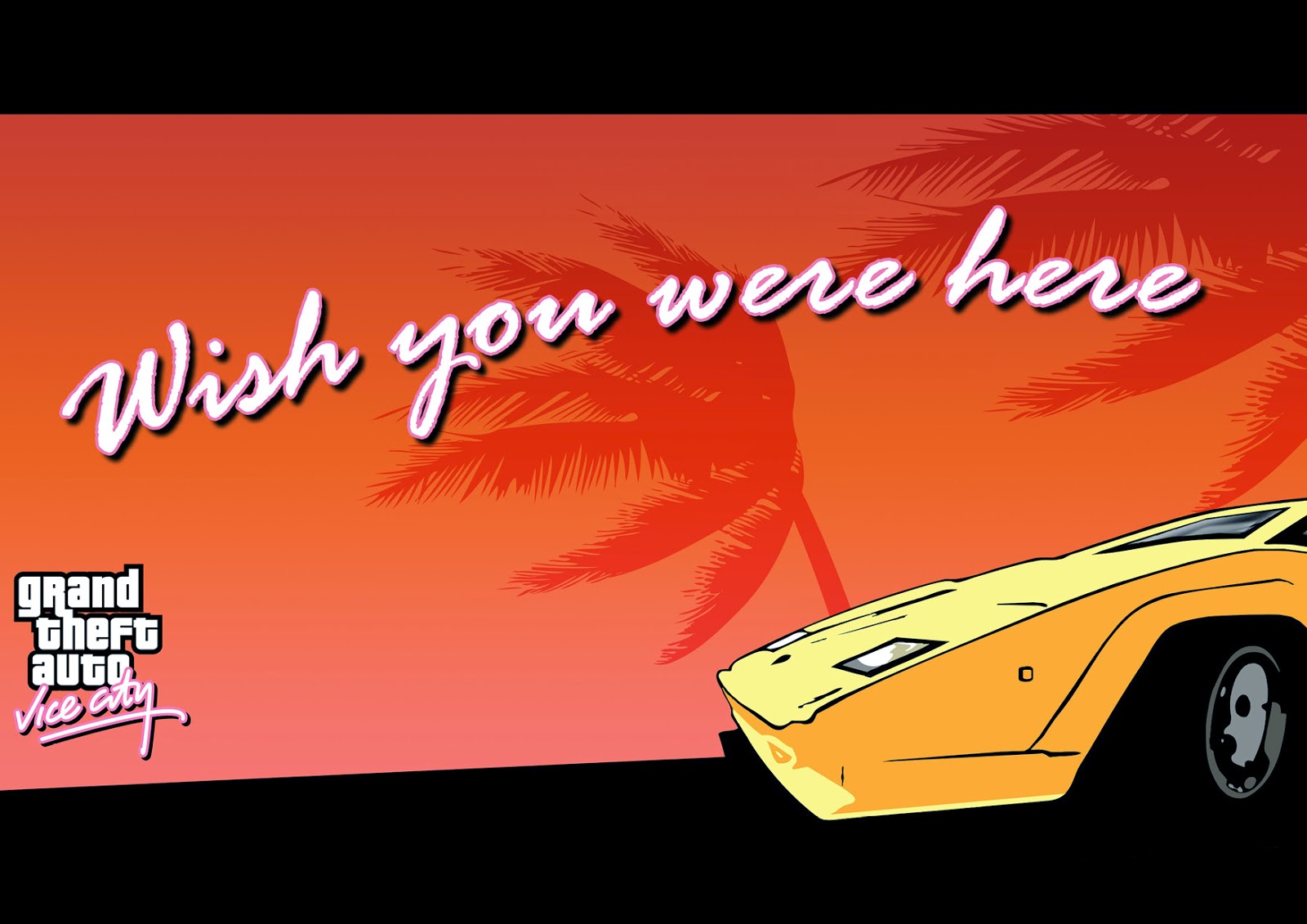 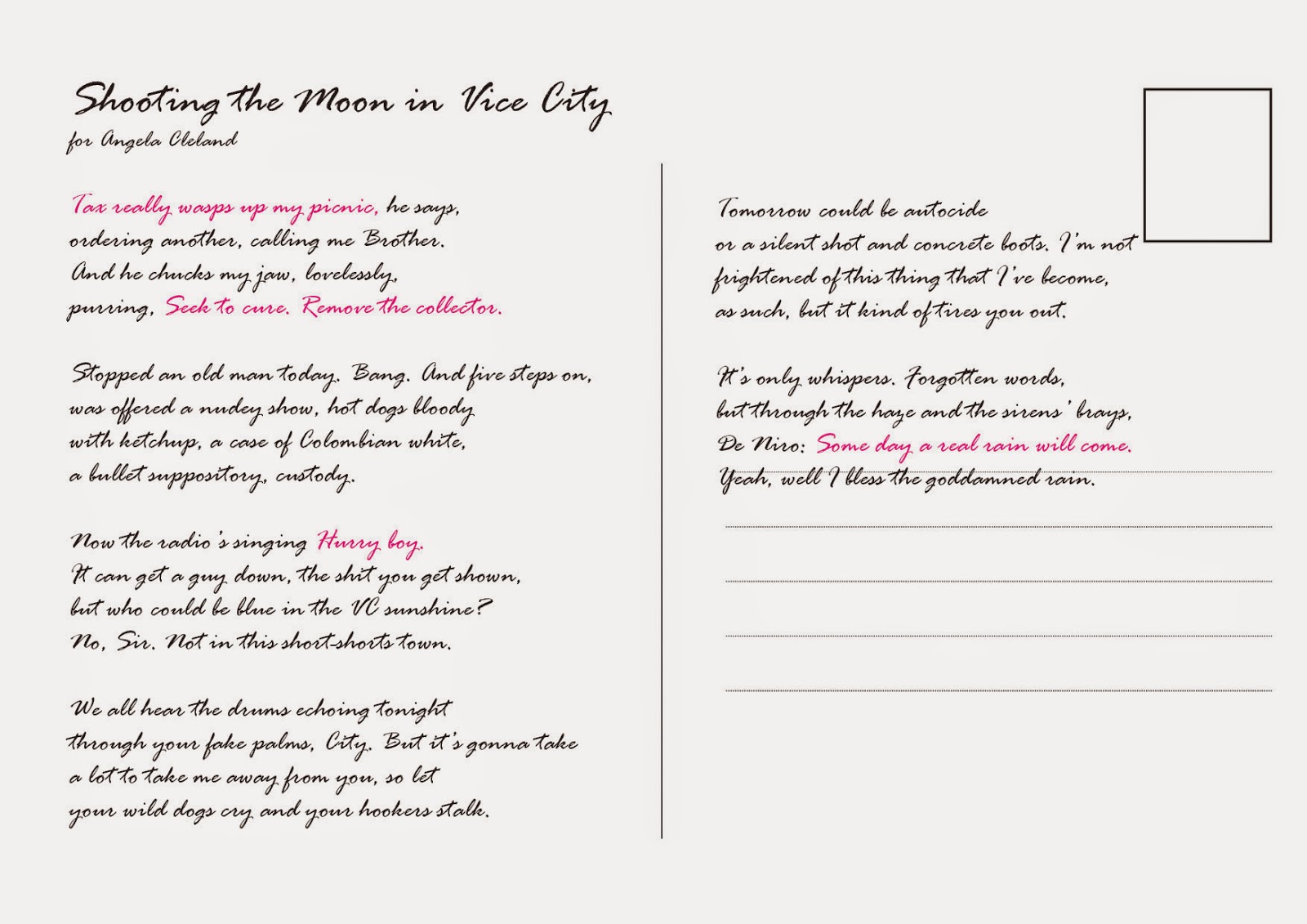 Thanks once again to all of our amazing backers.