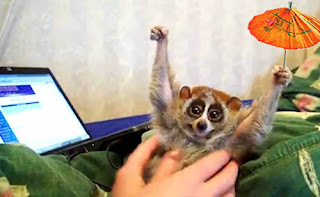 I’ve been tagged by the very talented Melissa Lee-Houghton to give this interview for an expanding blog project called The Next Big Thing. You can read her interview here.

The idea is I post mine and tag other writers to do the same on 2 January 2013.

Where did the idea come from for the book?
The title for Never Never Never Come Back came from the Al Stewart song ‘Night Train to Munich’, which adopts the voice of a senior agent instructing their colleague on an operation from which they may not return. I wanted my first collection to have the combination of paranoia and loneliness that plague the classic spy figure; distrusting everyone, under pressure to deliver something valuable without knowing why.

What genre does your book fall under?
Poetry

What actors would you choose to play the part of your characters in a movie rendition?
Many of them are actually based on films and programmes anyway – ‘Supper’ focuses on a scene from Soylent Green, ‘Yokohama Shopping’ on the anime series of the same name and ‘Schoolgirl Shootout’ on the tragic lighthouse blitz in Japanese thriller Battle Royale. Maybe Tilda Swinton for the metal ex-assassin in ‘Roy’. I’d quite like to see Rutger Hauer play Armin Meiwes. Cillian Murphy would take on the more lovelorn, gawky characters, while the main role in ‘On coming out to your parents dressed as Dracula’ could only go to Sam Rockwell. I love that man.

What is the one sentence synopsis of your book?
Wheeling a broken bike through an embarrassing dream in which nobody else is naked, nobody else has forgotten their gift and everyone else knows the words to the song

How long did it take you to write the first draft of the manuscript?
Very hard to tell, though I think only one of the poems (‘Splitting the ego with Mary’) was more than two years old when we put NNNCB together. Most of the poems came from NaPoWriMo 2011 and 2012, which tends to dust under the corners of the brain where the weird stuff lies. The putting together and sifting of the poems took about six months with editor Roddy Lumsden.

Who or what inspired you to write this book?
Everybody is under pressure to fulfill multiple roles at once, relating to this idea of a person they’re advised to become. I wanted to probe the idea of breaking down under this brick-filled rucksack, of the ludicrous rules that can quietly destroy people. Poetry, with its restrictions, concentration of language, repetitions and cycles, seemed like the best form in which to explore this.

What else about your book might pique the reader’s interest?
A good helping of robots and at least one German cannibal.

Will your book be self-published or represented by an agency?
Neither. Never Never Never Come Back was published by Salt Publishing in 2012. No agencies were harmed in the making of this book.