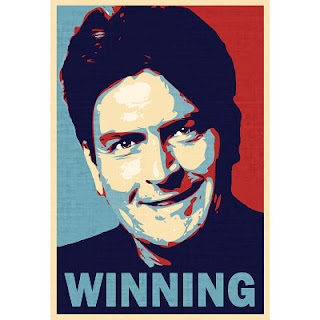 While we might wonder at the seeming arbitrariness of judgements in poetry competitions, the lure of winning still ensures a healthy number of entries. Upwards of 30 poetry prizes are currently active in the UK alone and in recent years publishers have begun to host competitions for whole manuscripts, the winners of which receive publication with the press and often a few hundred pounds to boot. The money for the richest poetry competitions may still be far lower than that for prose and factual writing but any cash prize is attractive, particularly for such a poorly funded artform.

And the money is simply the start. Should you be fortunate enough to win the UK’s National Poetry Competition, the initial effect must feel not unlike being plucked from the poetry workhouse and given a shot at becoming a gentleman. Furthermore, when entering such competitions, which are necessarily pay-to-play, you are also reminded that in doing so you are supporting the organisers and UK poetry as a while, so even if you don’t win, you can console yourself with the fact that you are supporting your artform. Everybody wins, right?

Not exactly. We can stake too much on the life-changing ‘lucky strike’, just as we can fall for the myth that Being Published will automatically mean everybody stops to notice our brilliance. The one-win-solves-all idea is very seductive, but the associated cycle of hope and disappointment can be very damaging to one’s self-esteem and capacity for courage. Worse yet, focusing too much on the gold medal can cause us to make unwise, desperate moves that ultimately harm us.

I wasn’t published as the result of winning a competition (that came about as a big surprise during the manuscript-mulling period), but partly because I co-ran Fuselit, which led to being invited to read when I moved to London, which led to discovering and supporting the work of others, which eventually led to my now-editor, who was the first person to give me a shot on stage, commissioning my book for Salt. Now that the book is a reality it’s amazing but it’s hardly been a question of “You’ve made it. Stop here and collect acclaim.”

The alternative is to do as many excellent writers do, and throw ourselves into improving and experimenting. It’s a slower process, but it pays more satisfying and sustainable dividends. Such writers produce work with tremendous character, which influences others along the way. Many have never won a prize or placed in a major competition and nobody cares one iota.

Competitions can be a very positive thing. They do raise needed funds and provide opportunities, particularly for those writers who don’t have access to London’s bustling poetry scene. But for each contest, there are a tiny number of winners, and often only one of these winners receives a financial prize. And unless you garner a whole raft of accolades at once, that glow can fade surprisingly quickly (how many past NPC winners can you name without looking them up?).

Rather than simply reiterating the statistical unlikelihood of winning in the first place, perhaps we should simply remember that prizes guarantee nothing. There are plenty of paths to success outside the awards circuit, and any endeavour which celebrates more than one person, more than once a year, and which carries as a reward something more than a single deal or clot of money, surely offers the best odds for success.

Some martial arts schools treat the gaining of grades not as a mark of achievement but as a test. Once you have been given the belt or grade, it’s up to you to work out how best to continue training and developing. Instead of thinking, “Awesome. Now I’m going to write another book”, it would be good to see more victors follow the example of one group of Foyle Young Poets and say, “Awesome. Now let’s start a magazine.”